on and off the field

on and off the field

Stay connected with the latest news, resources, and tools from the U.S. Center for SafeSport and enjoy our quarterly e-newsletter, The Gameplan.

We need you to get in the game. In your trusted position as a parent or guardian, you’re uniquely equipped to support athletes on and off the field. By promoting strong and healthy relationships among athletes, parents, and coaches, and by spotting emerging problems before they worsen, you can help create a safer sport culture.

Join us in championing athlete safety and well-being.

These short trainings for parents and guardians offer information and tools to keep kids safe. Get SafeSport® Trained and join our community of advocates. 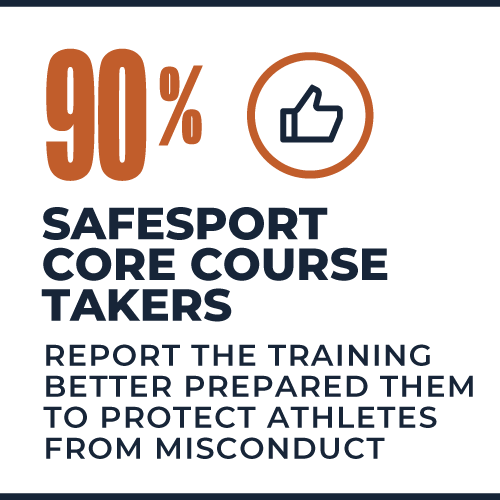 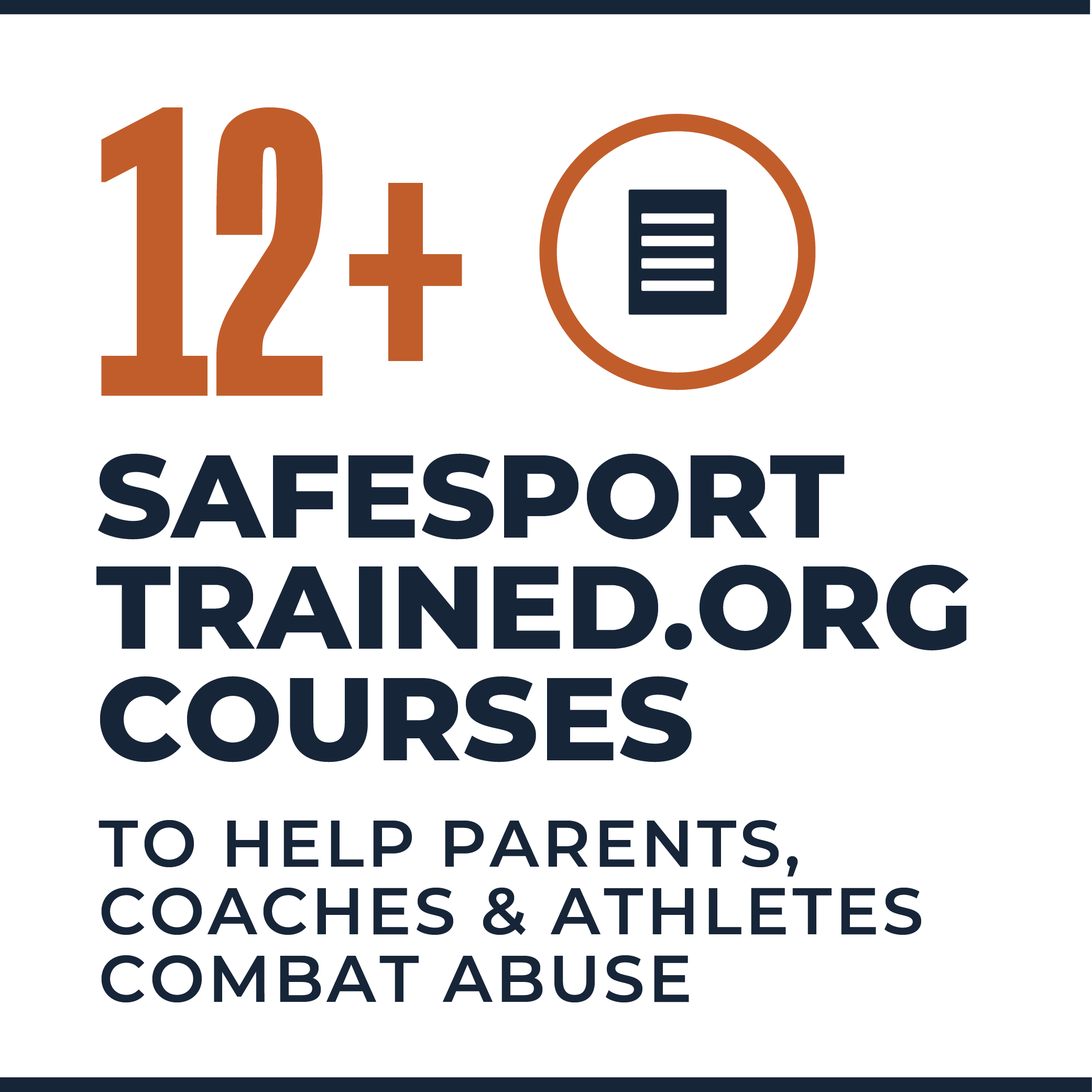 Our Parent Toolkit will help you prevent, recognize, and respond to inappropriate behavior your child may experience, with tips on talking with your child about tough topics and guidance and resources to help you react to abuse disclosures.

What kinds of abuse and misconduct happen in sport?

All kinds—and we focus our education, training, and policy work in these areas:

For young athletes in organizations recognized in the U.S. Olympic and Paralympic movement, we provide a safe way to report abuse, and we can help bring abusers to justice.

Could my child be at risk?

Possibly. Too often, parents think of abusers as strangers. But abuse is most often perpetrated by people we know and trust, such as family members, family friends, neighbors, or your children’s teachers, coaches, teammates, or schoolmates.

Child sexual abuse – a form of child abuse that involves sexual misconduct. The employment, use, persuasion, inducement, enticement, or coercion of a child to engage in, or assist another person to engage in, sexually explicit conduct or sexual exploitation of children, including child pornography.

Types of child abuse include:

•  Example: An assistant coach offers to give a minor athlete a massage and then rubs her breasts.

Sexual or gender-related harassment – any unwelcome sexual advance, request for sexual favors, or other unwanted conduct of a sexual nature (whether verbal, non-verbal, graphic, physical, or otherwise) related to gender, sexual orientation, gender identity, or gender expression when employment or participation in sport is determined, at least in part, by if the person accepts or submits to the conduct; or the conduct is severe, persistent, or pervasive enough to limit the opportunity to participate in sport.
Example:  A coach offers an athlete a starting position in return for oral sex.

Sexual exploitation – observing, allowing observation of, recording, or photographing private sexual activity or intimate parts without consent of all parties involved, or disseminating images of the same. Also includes engaging in prostitution, trafficking, or intentionally exposing another to a sexually transmitted disease without that person’s knowledge.
Example: A teammate records sexual activity without their partner’s knowledge and then posts the video online.

Intentional exposure of private areas – when an adult intentionally exposes (or makes someone else expose) their breasts, buttocks, groin, or genitals to a minor, or to an adult when there is a power imbalance.
Example: A coach changes in the locker room with the team and purposefully exposes his genitals while talking to the athletes.

Inappropriate physical contact – when an adult who has power over someone intentionally touches, slaps, or otherwise contacts their buttocks or genitals; excessively touches or hugs them; or kisses them.
Example: A volunteer repeatedly hugs an athlete, even after the athlete asks the volunteer to stop.

•  Intentional contact or non-contact behavior that causes, or reasonably threatens to cause, physical harm to another person.

•  Does not include professionally accepted coaching methods or contact reasonably accepted as part of the sport.

•  Behaviors and actions that cause emotional harm to another person including:

•  Example:  A coach makes fun of an athlete’s mental health disability by calling the athlete “crazy” and asking if they are “off their meds” in front of the team

What is “grooming,” and what does it look like?

Grooming is where someone engages in a series of behaviors with the goal of engaging in sexual misconduct. In situations of child sexual abuse, the abuser targets a minor and works to earn the trust of the minor, the minor’s family, and the community. It can also be manipulative behavior the abuser uses to prolong the abuse and make the minor fear reporting or be less likely to be believed if they do report. Grooming behaviors include:

•  Attempts to befriend the minor as a peer or “cool adult”

•  Talking to the minor about sexual experiences or desires

•  Being helpful and non-threatening to the minor’s family

•  Volunteering for situations that involve spending time alone with the minor

What should I do if I suspect my child or another child is being abused?

For age-specific recommendations and advice, download our Parent Toolkit.

•  Do make open communication with the child a priority.

•  Do remain calm if a child confides abuse. Your initial response to their disclosure has a significant impact on what happens next. Make sure to document emotional abuse, so if a pattern develops you can report all the incidents.

•  Do use broad, open-ended questions tolisten to their concerns.

•  Do tell the child you’re glad they shared the information with you, that their safety is your first priority, and encourage them to come to you whenever a boundary has been crossed.

•  Do reach out to report abuse and to local support providers for assistance.

•  Do seek medical attention if necessary.

•  Don’t doubt your child or ignore their feelings.

•  Don’t model inappropriate behavior by yelling at a coach, another child, or another parent.

•  Don’t assume your child just wants to quit the sport.

•  Don’t question whether your child “deserved” such treatment

Digital Citizenship and your Child

Positive sport environments go beyond the playing field. In this animation, learn practical tips for talking to your child about their online presence while encouraging safe and inclusive online spaces.

Headquartered in Denver, Colorado, the U.S. Center for SafeSport is an independent, 501(c)(3) nonprofit responsible for responding to end and prevent emotional, physical, and sexual misconduct and abuse in the U.S. Olympic and Paralympic Movement. The Center’s mission is to make athlete well-being the centerpiece of our nation’s sports culture through abuse prevention, education and accountability.